In a forest filled with supernatural creatures, the player discovers a magic flute and gains the ability to relive key moments in their life.

The Forest Song is a 1st person adventure video game adaptation of Lisova Pisnya (Лісова Пісня), a classic Ukrainian drama in which players assume the role of a peasant who has an extraordinary encounter with an elusive and powerful Forest Spirit. Their connection opens the player to a spirit world and sparks a dramatic clash between the supernatural inhabitants of the forest and the world of humans.

Our goal is to inspire a worldwide community of gamers, sparking their curiosity to learn more about the world around us and inviting them to experience rich real world mythologies and traditions in videogame form. 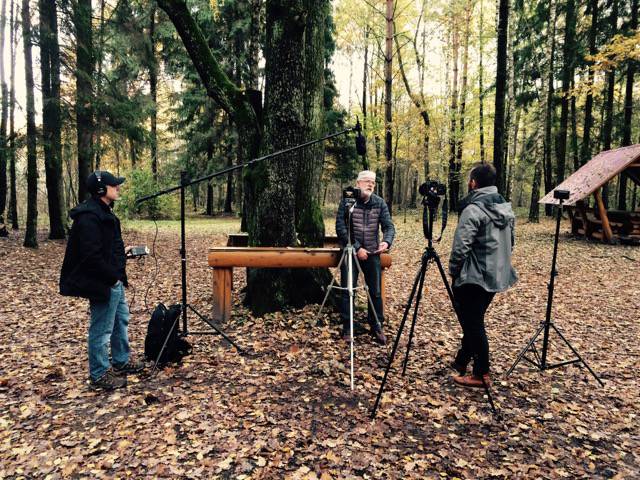 Colabees interview Oleksey Dolia, a folklore expert from the National University of Kyiv, in the forest that is said to have inspired Lesya Ukrainka to write Lisova Pisnya.